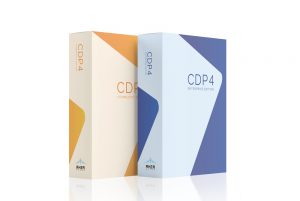 The term “modeling software” is quite generic and broad ranging. On one end of the spectrum, software models can be implemented in common spreadsheets; at the other extreme they can be hand coded in traditional programming languages. In fact, if you were to do a survey of any company that does system engineering, you are likely to find a wide range of modeling tools in use – often times on the same project.

At the CAC, we bring an entirely new capability to the table with RHEA Group’s Comet / CDP4 software. Comet is a highly specialized modeling tool that enables collaborative and concurrent model based system engineering (MBSE). It does this by supporting a number of interoperability protocols that allow it to automatically exchange data with a number of different systems including Microsoft Excel, MatLab, IBM Rational Doors, Cameo and many more.

For example, using Comet / CDP4, you can extract information from high-fidelity simulation tools that model the fluid dynamic flows over a ship’s hull into the same “system-of-systems” model that is also being fed by a cost modeling tool and even an HR database.

To learn more about RHEA’s system-of-system based modeling tool suite, contact us or feel free to reach out directly to RHEA Group for more information.

Our philosophy is simple: share as much knowledge as is possible about solutions to difficult climate related challenges. We believe that the best way to do this is to create reusable digital models of different types of sustainability and resiliency projects, to continue to enhance those models over time and to freely share them globally to help others achieve their climate related goals more quickly. Join us today by filling out our contact form!